A walk through Thundersley Village 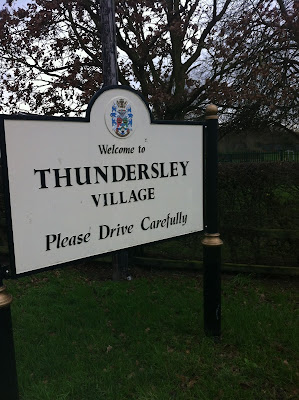 Went for a walk this morning as the sun was shining and it was too good to miss. It was lovely to get out of the house for a while and leave all the Christmassy stuff behind for a few hours. On returning home I started to think about what the village may have been like in the past and put my thoughts into place.

To take a look at Thundersley, its history and its growth we need to go back a century or two to capture the rural retreat it was and the pleasant suburb that it now is; where horse drawn vehicles and bicycles were replaced with the motor car, and where fields and common land have been developed into residential dwellings. 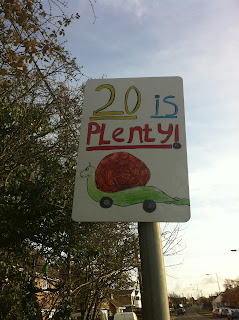 One of the oldest buildings in the area is Thundersley Manor House which is reputed to have been used by King Henry Vlll as his hunting lodge when visiting Hadleigh Castle which is nearby. It is thought that there was a ‘Priest’s hole’ which is a tunnel that runs from the church to the cellars in the Manor, where priests would flee from danger during the Reformation. However this cannot be substantiated.

My own house backs onto the Manor House and would have been part of their land hundreds of years ago where maybe Henry and Anne Boleyn may even have walked the lawn that is now my own! (No photo I'm afraid)

Firstly I climbed Church Hill which took me into Thundersley Village. The pretty ancient church of St. Peter’s which dates back to about the 12th century stands at the top of the hill overlooking the village and surrounding areas including what used to be called the Plot lands. These were plots of land that were advertised in London newspapers for £5 a plot at the end of the 1800s, offering prospective buyers fresh air and a healthy lifestyle and of course the opportunity to grow their own produce. The bungalows that were built can still be seen today.

The local inn, The White Hart was and still is the hub of the village and dates back to the mid 1600s. Next door used to be the local forge where villagers took their horses to be shoed or household items to be repaired. Nowadays of course there is no need for this and it was demolished in the 1950s.

Schooling in the 1800s was initially the workhouse, where boys learned rural crafts and the girls domestic work. In 1856 a church run school was built in Church Road, where approximately 65 children attended. By the turn of the century, it was obvious that the school would not accommodate the growing number of children in the area and in 1921 the Thundersley School was built in Dark Lane. The school remains virtually unchanged, apart from a new infants school extension and where both my children attended.

Thundersley Great Common is considered to be the finest surviving heath land in Essex, so the notice-board tells me, with many scarce and distinctive plants and covers 27 acres of woodland, with bracken, heather and gorse. It was once used by local residents for grazing cattle and horses and where they would collect water and firewood. Whatever the season, it is always an enjoyable way to take in the nature we have around us.

Email ThisBlogThis!Share to TwitterShare to FacebookShare to Pinterest
Labels: Walks

I love comments! Thank you for taking the time to pop by and let me know what you think.

Patricia
A warm welcome to my blog. I'm a wife, mother and grandmother of six and love spending time with my family. I enjoy journaling and have a passion for anything vintage. I love paper and stationery in all forms. You can also find me on Instagram @aplace4everything